There was a time in which genuine power was felt erupting from the sonic landscape that is now referred to as “old school” death metal. As with most newly developed forms of art, at its genesis it was filled with a fresh and vibrant energy and was virtually unsaturated by musicians. It was the mighty POSSESSED who initially breathed life into this new and exciting genre. With writing that started in 1982, the first official death metal band created the now classic record “SEVEN CHURCHES” and established the face of the genre permanently. Even DEATH’s late guitarist and mastermind Chuck Schuldiner who is sometimes credited with creating the genre, was adamant about the album’s influence upon him. Sadly, like with many artistic pioneers, it was very early on in POSSESSED’s existence that a grand tragedy struck which would put the band on hiatus for almost two decades. After many years of healing, education, renewal, and eventually new writing, there is now a resurgence of life, and the rebuilt, and polished POSSESSED are due to return with their long awaited album “REVELATIONS OF OBLIVION” this Spring, 2019.
“Revelations of Oblivion” will be out on May 10th, 2019 via Nuclear Blast Records.

A band called BULLDOZER was formed in 1980 by Darrio Carria and Andy Panigada. Panigada left the band shortly thereafter. He met AC Wild in 1983. Together with drummer Rob K Cabrini and second bassist Fabrizio Grossi, who would go on to play bass with Steve Vai, they played covers of MOTORHEAD songs. Panigada was contacted again by Carria who wanted to reform Bulldozer and record a single in Milanese dialect. Instead Panigada not only suggested two different tracks but also a new singer, AC Wild.

Nordjevel was started in the unholy year of 2015 by Doedsadmiral. He had a talk with Widigs (Marduk) and then Nord about this project and decided to start making music together.
Bass player DzeptiCunt (ex-Ragnarok) joined forces late 2015 and has become an important asset to our line-up.
After a quick break in the autumn of 2017, Widigs left the band to focus on Marduk. Valla (Vredehammer, ex-Abbath) joined on guitar and became a permanent member.
During the recording process of the bands second album, Nordjevel parted ways with Nord.
Destructhor (ex-Morbid Angel, Myrkskog) joined as a permanent member together with Dominator (ex-Dark Funeral) during fall 2018.

All begins in the spring of 2006 with the end of another band called Templars, because the singer Marco and the guitarist Menga decided to delete the show one hour before that, forcing the others three members, Filo (guitar), Fra (bass) and Igor (drums), to make the show with only one guitar and without the singer. That night Evilspell born. Forced to search for another guitar player and a singer, they noted that it’s fucking difficult to find good people, and they continued in three, writing new material and making some shows. After a while, an old friend of Fra, Salvo (guitar and vocals), joined the band, bringing heavy metal sonority. In the winter of the same year, Evilspell recorded the self-titled demo, four tracks with rough rehersal sound, recorded in a rehersal room. They are already beginning to compose new songs for the next album, in honor of their brother, with a new line-up with Gigi corinto on Bass player. 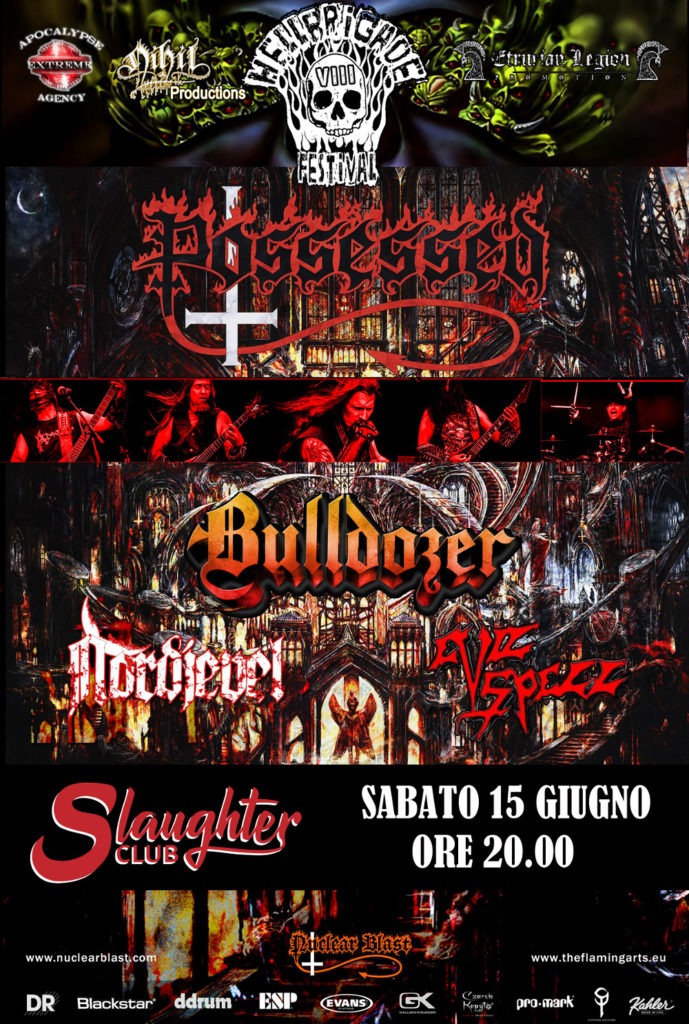